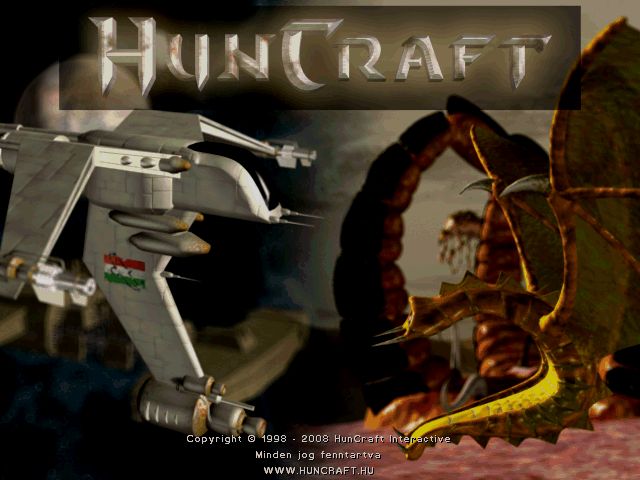 HunCraft Genocide is perhaps the most detailed unofficial expansion ever created. It is an alternative timeline that takes place immediately after the events of Brood War. The game was created by a company known as HunCraft Interactive, which originally translated StarCraft 1 and WarCraft into Hungarian, as Blizzard did not officially feature Hungarian versions of these games.The creators of the game added a full campaign for each of the 3 races (And even a secret mission

), modified the campaign selection screen, added a new soundtrack for each race,added a new unit for each race, brought new portraits and voice actors, and even full on cinematics. Not only are the same characters from the BW universe present, but also a few that Blizzard didn't feature in BW, and a few completely new ones.

Now, unfortunately, HunCraft was only available in Hungarian, BUT...

I have actually downloaded a few modding tools and manually changed everything that I could into English, including the user interface text, unit names and titles, the mission briefings, and in-game text, so now the game can be fully enjoyed by those who do not know the language.

I am currently playing through the game myself, and can guarantee that it is sure to provide an interesting new story, challenges, and, at times, comic relief.

Here are some screenshots: 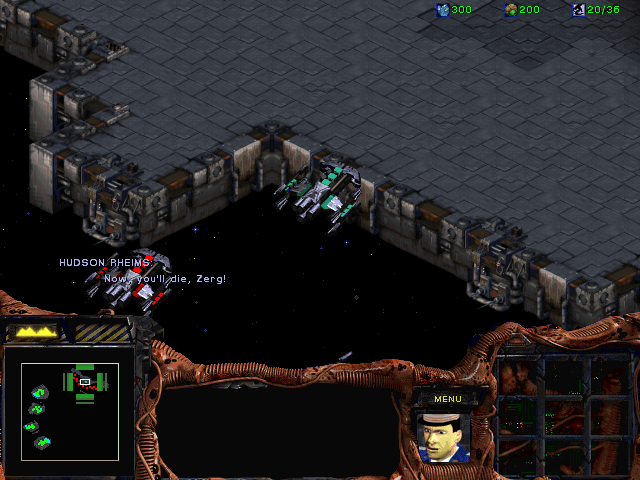 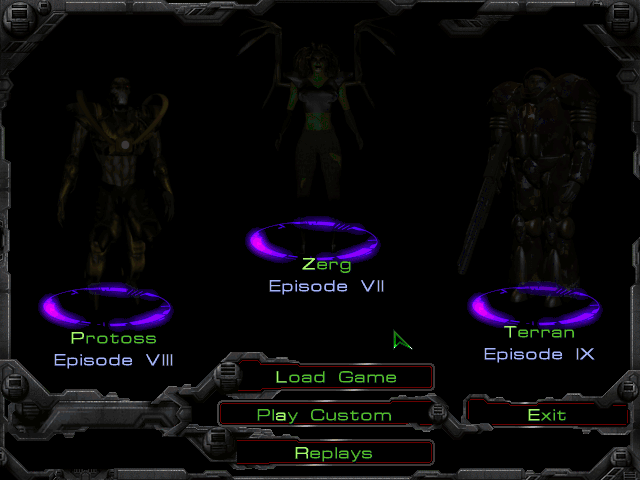 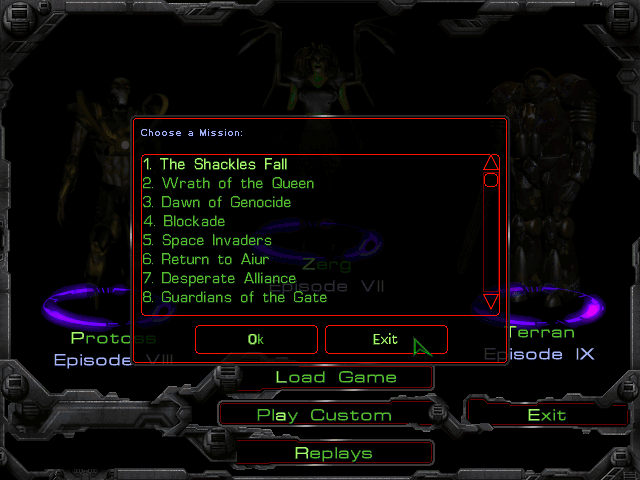 Zerg missions, translations courtesy of myself. Demonstration of the new Terran unit.
If you are interested in playing this game, follow these instructions for its installation:
If you have a StarCraft: Brood War CD:

1. -Insert your Starcraft CD into your disc drive and install a separate instance of Starcraft Brood War
2. -Get Starcraft Brood War version 1.16.1 . You must have that version for the game to run properly. If you want to, you can update to 1.09 instead and would even be able to play LAN multiplayer, but there are no guarantees that this will work. You can use a program called StarCraft Classic Installer to update your new BW version to the proper one;it can be found here: http://www.staredit.net/topic/17625/
3. -Go to https://www.moddb.com/mods/huncraft-genocide and download the original Huncraft. Do not download the patch.
4. -Run the installer. When prompted, install files into the directory containing version 1.16.1.
5. -Download the huncraft.exe file from http://www.staredit.net/?downloadAttach ... ey=9153300
6. -Download the MPQ file from https://drive.google.com/file/d/1k-7iDj ... Vi8yx/view
7. -Replace the original MPQ and .exe files that are installed with the ones you've downloaded from me. Delete the original.
8. -Run huncraft.exe or click on the desktop icon called "Normal fokozat" (The other icon that gets installed is the shortcut to the easy version of the campaign, which I did not bother translating because I do not condone being a cheap noob).
9. -Play the game
WARNING: If you are going to remove your StarCraft: Brood War disk from your computer's disk drive, make sure to create a system restore point before doing so. Weird things may happen upon removal of the disk. (When I removed my disk from the CD Drive, the .exe file disappeared for some reason and I got locked out of being able to access the directory despite being an administrator on my computer. Luckily, I already had a system restore point prepared). If you must remove your disk, create a system restore point or uninstall the game BEFORE THE REMOVAL. DISREGARD THIS AT YOUR OWN PERIL.

If you lack a StarCraft: Brood War CD:

Instead of doing Step 1, do the following first:
1. Download this .ISO file from here: http://www.mediafire.com/file/8269hhqch ... s.iso/file
2. If your computer is not running Windows 10, download WinCDEmu from http://wincdemu.sysprogs.org/download/ and install it. If your computer is running Windows 10, disregard this.
3. Open the .iso file. If you installed WinCDEmu, it will mount it automatically as a virtual disk drive, tricking your computer into thinking that you have a Brood War CD inserted when you actually don't. If you run Windows 10, it should have a built-in .iso mounter. If you don't have a CD inserted or an ISO mounted as a virtual drive, HunCraft will simply refuse to run.
4. Continue with the rest of the instructions in the first list as normal. The perk of using this method is that you won't get the bug that removing a physical disk causes.

Hi, the link for the .exe file doesn't work.

What do you mean with remove Broodwar disk? To unisntall it from the hard drive, or to take the CD out of the CD reading unit?
Top

What do you mean with remove Broodwar disk? To unisntall it from the hard drive, or to take the CD out of the CD reading unit?

you need an iso, don't bother doing this with a physical CD
[quote="Zilla-"]
campaign creations presents campaign creations starcraft campaign contest
[/quote]
[quote="Lavarinth on podcast"]Hey kids, this is Lavarinth. I know I didn't say much in this podcast, actually, I didn't say anything at all. See you guys on the next podcast.[/quote]
Top

Since the time my original post was made, I updated the exe file after I discovered some embarrassing mistakes and forgot to update this post with the new link. http://www.staredit.net/?downloadAttach ... ey=9153300 <<<<<This one should work


What do you mean with remove Broodwar disk? To unisntall it from the hard drive, or to take the CD out of the CD reading unit?

I meant taking the CD out of the reading unit.

Chris wrote:you need an iso, don't bother doing this with a physical CD

It is entirely possible to do it with a physical CD (Though not recommended because of the aforementioned bug), I myself used that method before getting my hands on an ISO.
Top
Post Reply
4 posts • Page 1 of 1