There were more spots but you can thank the failed vertex checksum error for forcing me to re-fuse a lot of the mesh components back together.

And, it's fucking sins. Everything looks like shit. What do you expect?

IskatuMesk wrote: And, it's fucking sins. Everything looks like shit. What do you expect?


There were more spots but you can thank the failed vertex checksum error for forcing me to re-fuse a lot of the mesh components back together.

Not even worth trying to explain.


UDK work on Retribution has begun. As opposed to the relatively light-hearted nature in which I handled the Sins portion, no information about this phase will reach public eyes until the fate of the project is decided in the coming months/years.

This project is now considered completely dead as opposed to indefinitely dormant. Here is some more material if you were interested in it.

http://www.gameproc.com/meskstuff/ret_d ... _test1.mkv - This is my very first recording in Rebellion of Salvation's assets. Some of them are busted and the performance is horrific. Compare it to test 19 for a fair representation of the Sins work, although a lot of it is not shown or is hard to spot because it is grossly unfinished.

http://www.gameproc.com/meskstuff/ret_d ... test19.mkv - This test video was released when I concluded the project was not going to emerge from dormant status for a very long time.

http://www.gameproc.com/meskstuff/ret_d ... assess.mkv - This video is an assessment of the above video, and talks about the things shown and some of the work that went into it.

I have decided to make ALL test recordings public. If you hope for this project to be finished and don't want to be spoiled, I recommend ignoring them. However, at this point I have no hope of it ever moving again. It would take a serious miracle to have a chance of finishing this now. 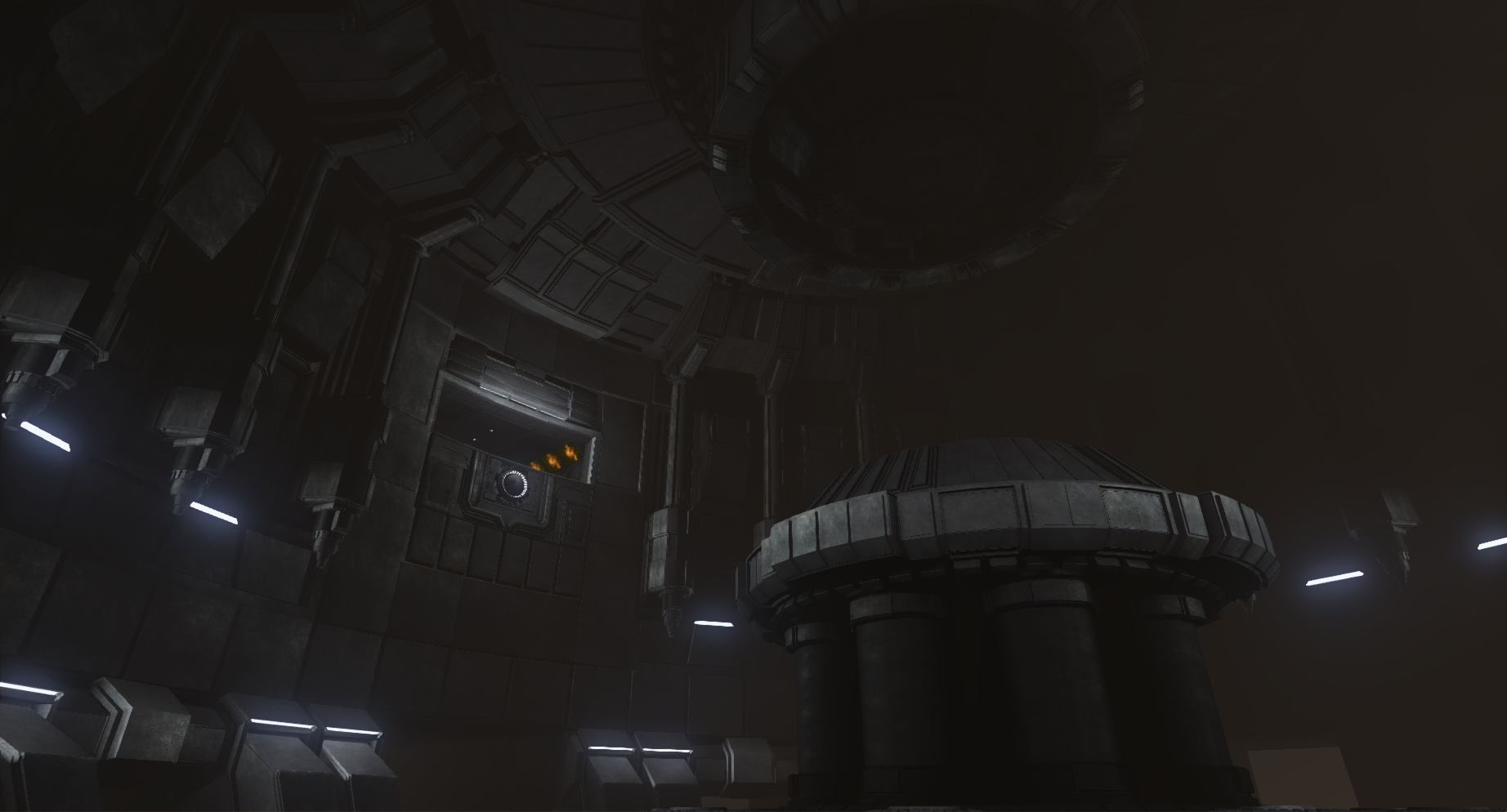 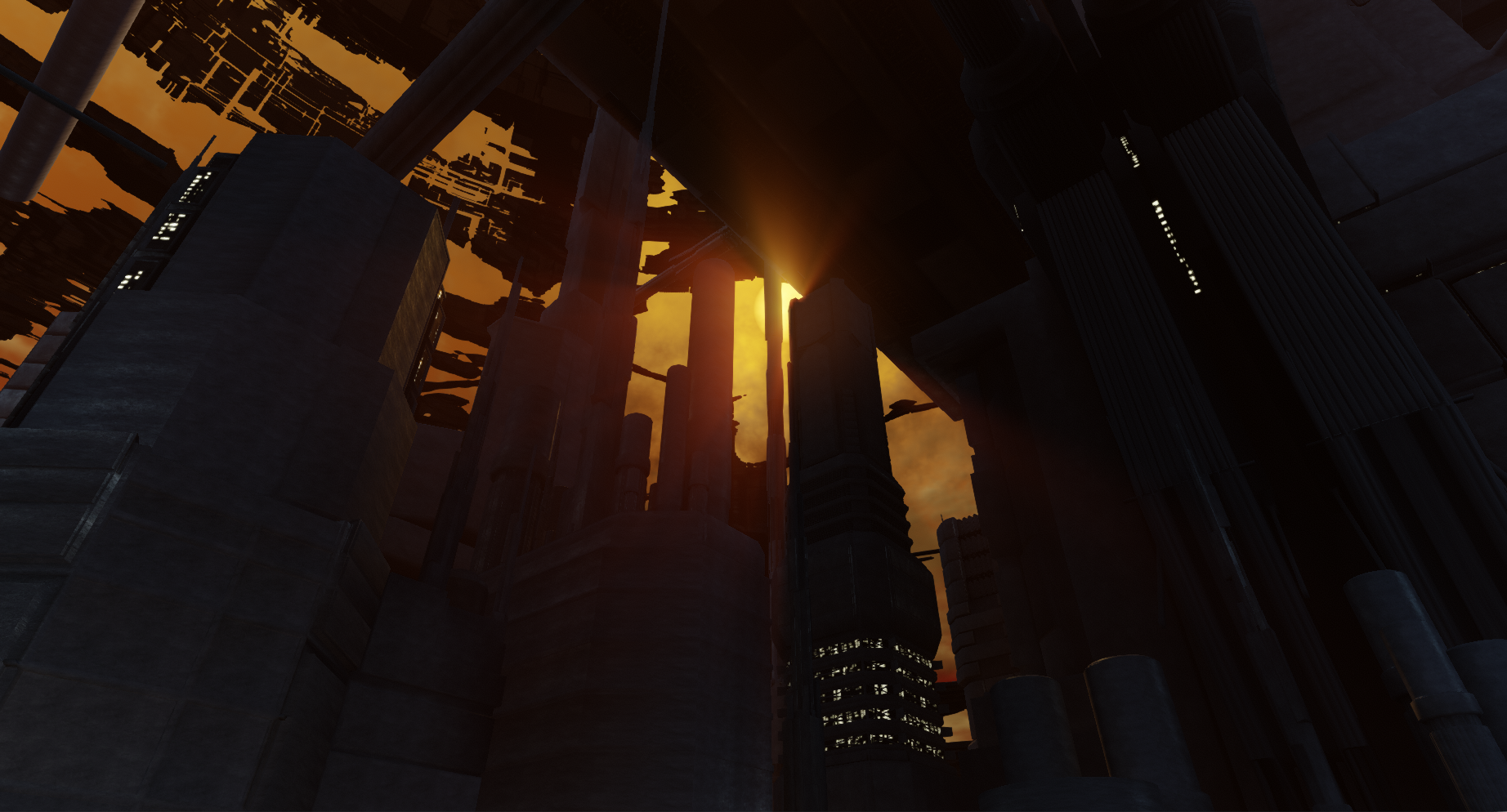 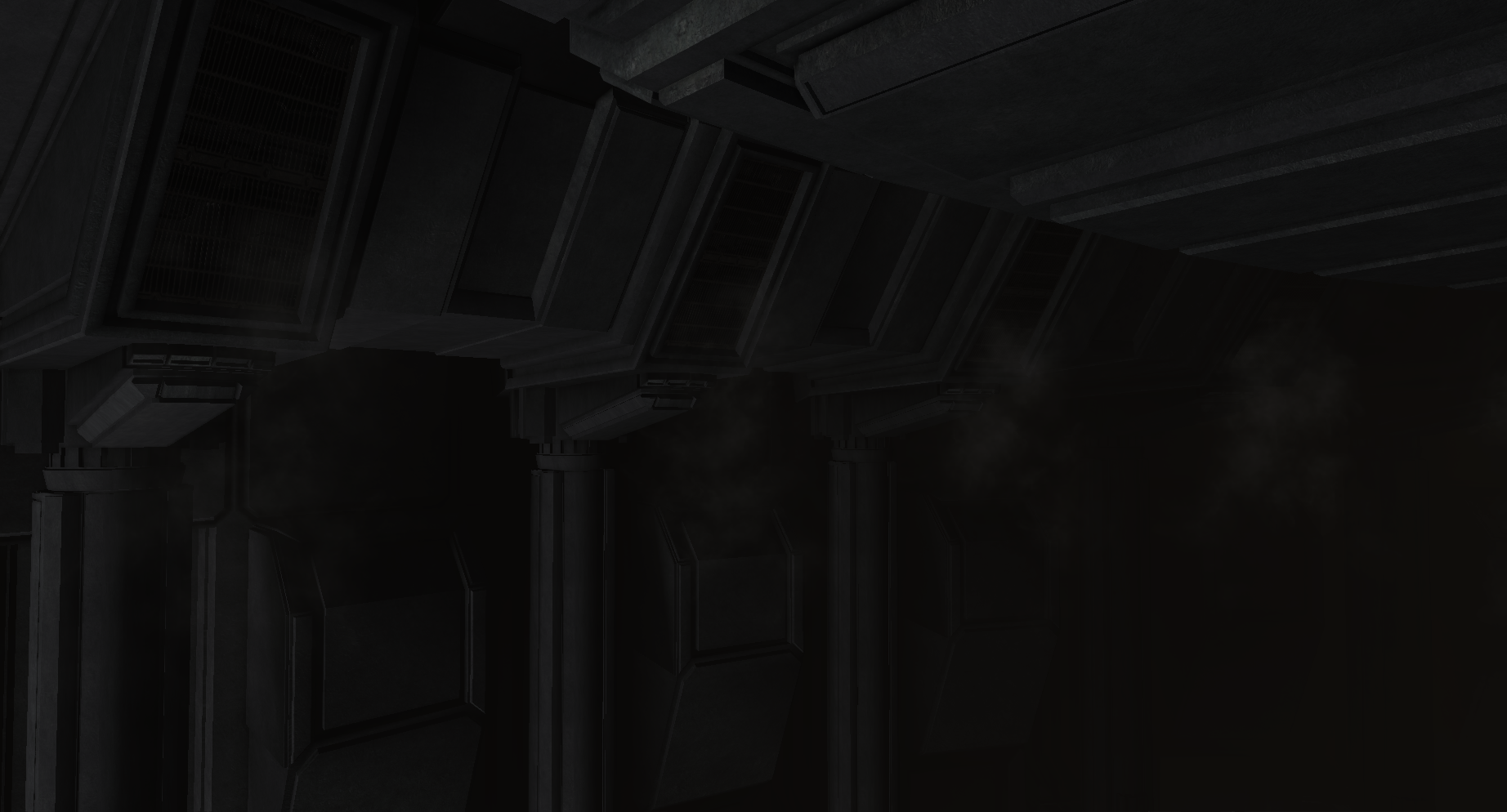 Getting decent-looking smoke/mist in the UDK is really easy. Why can't companies do it? 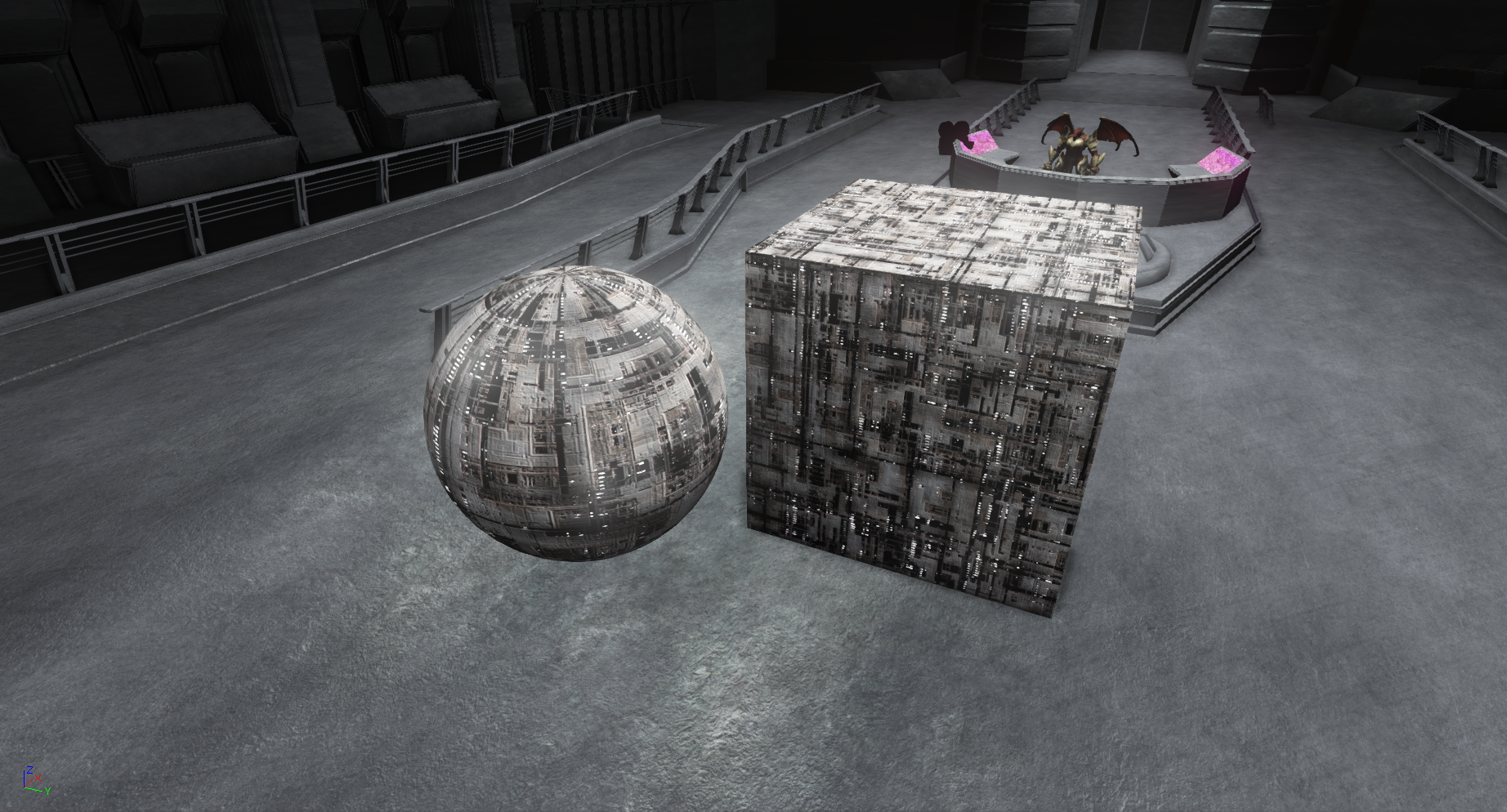 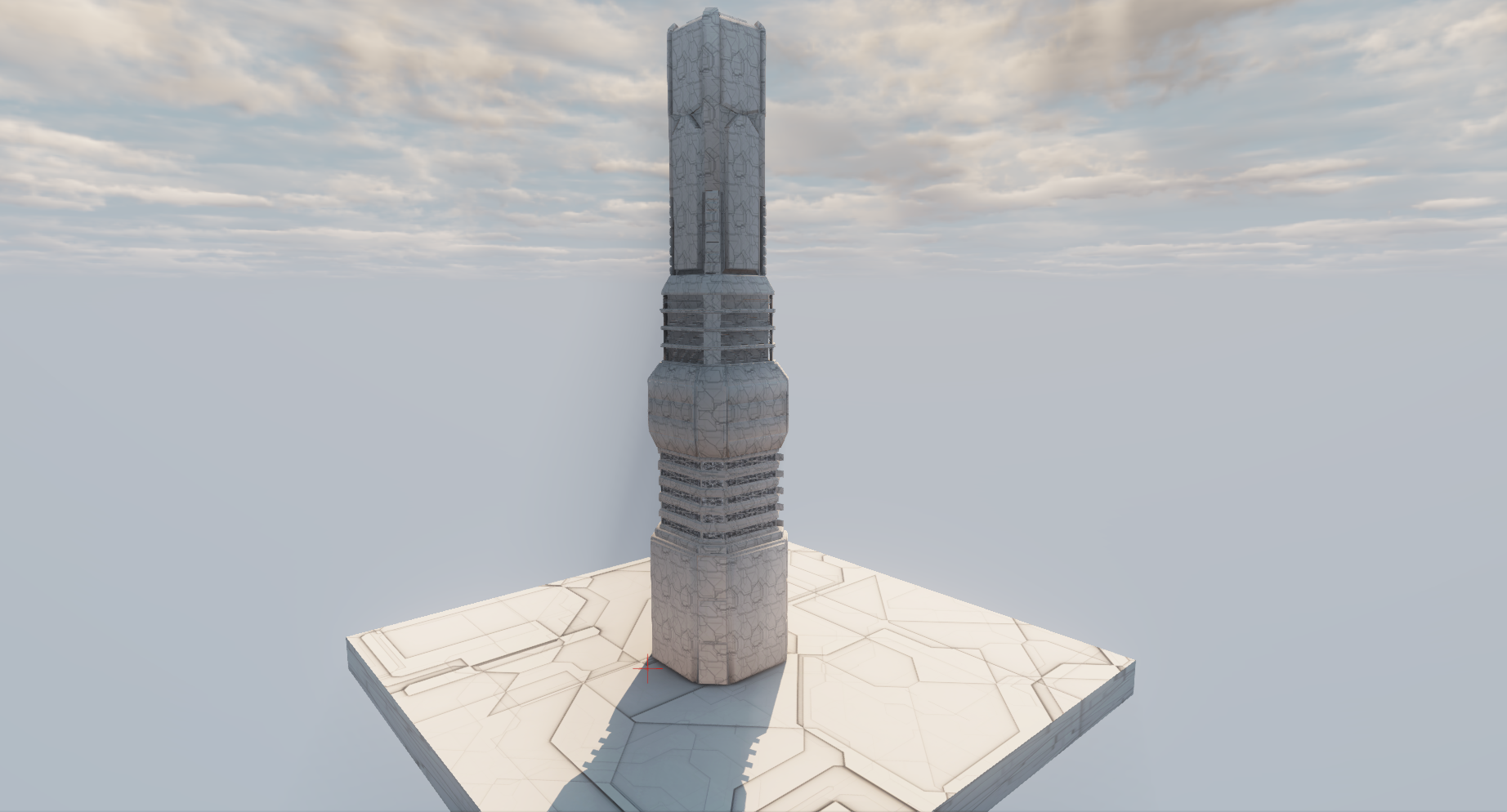 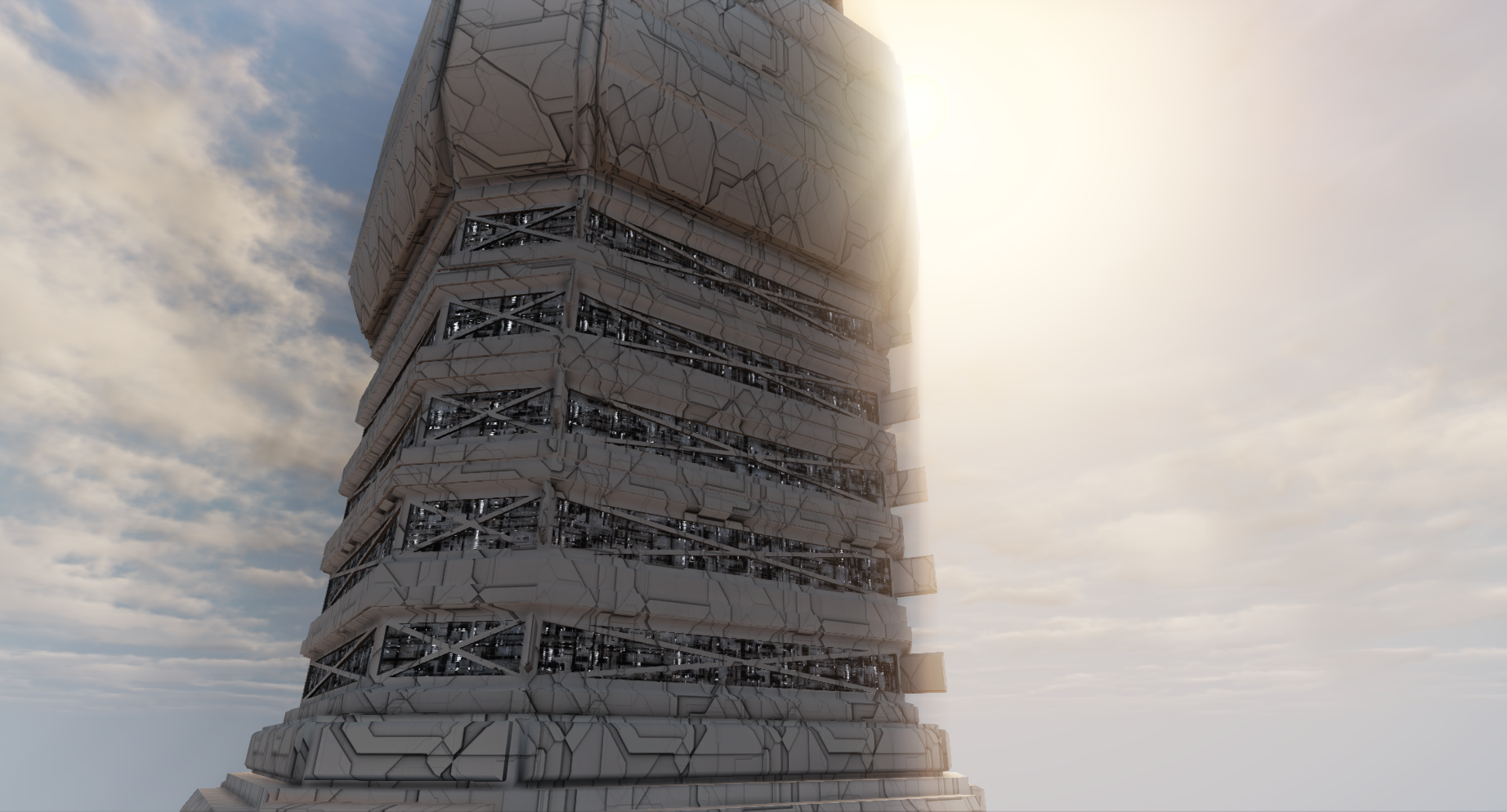 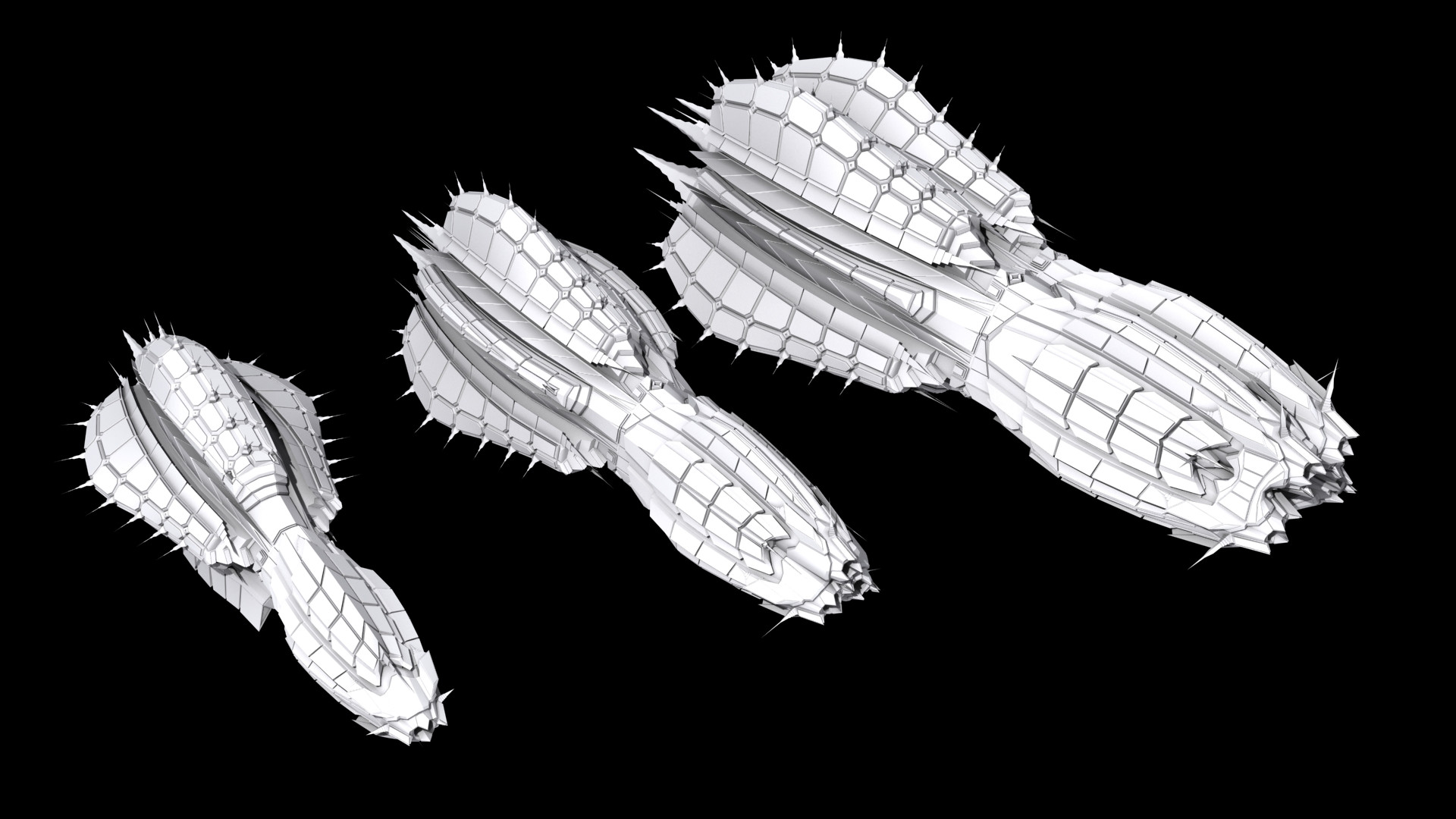 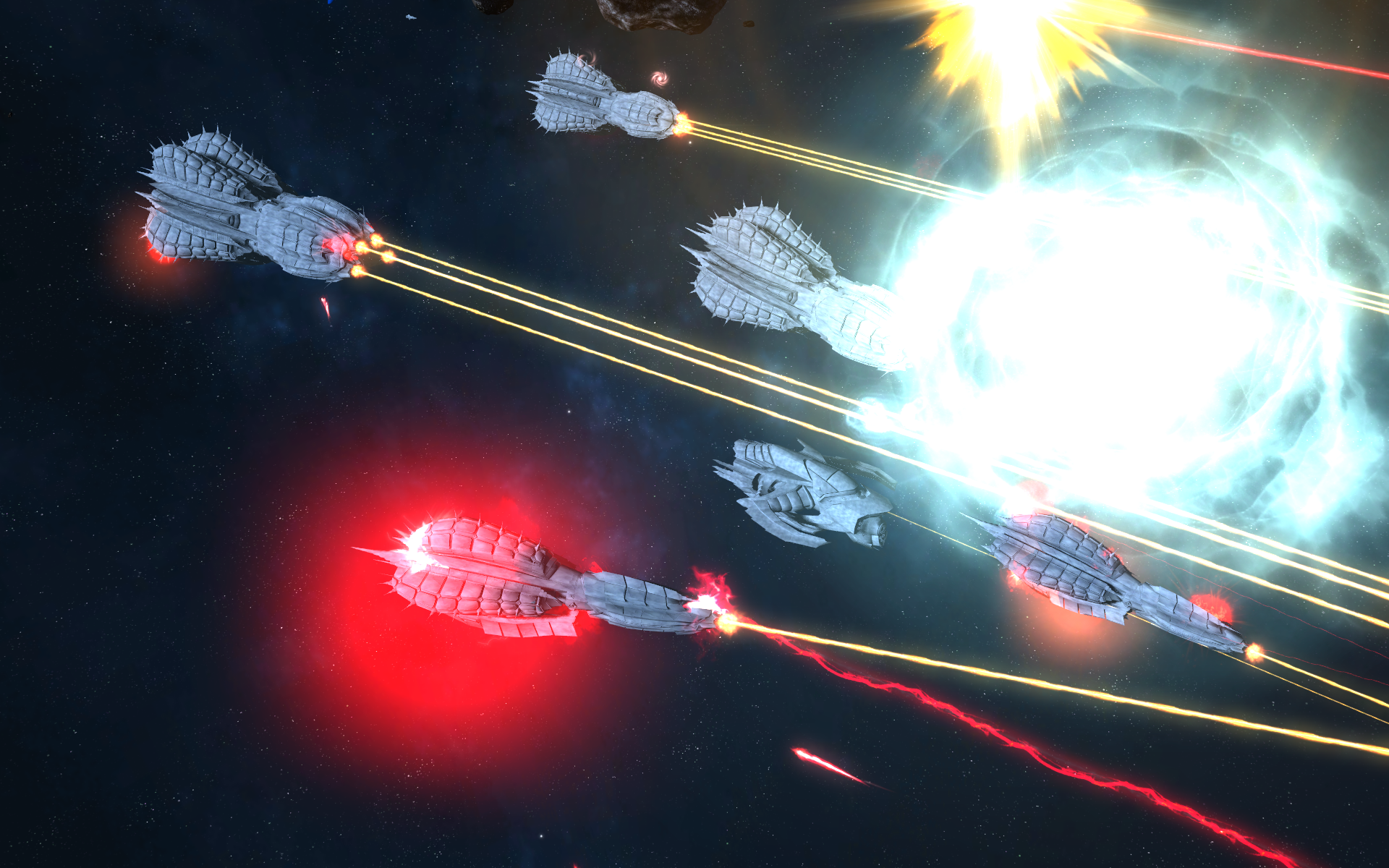 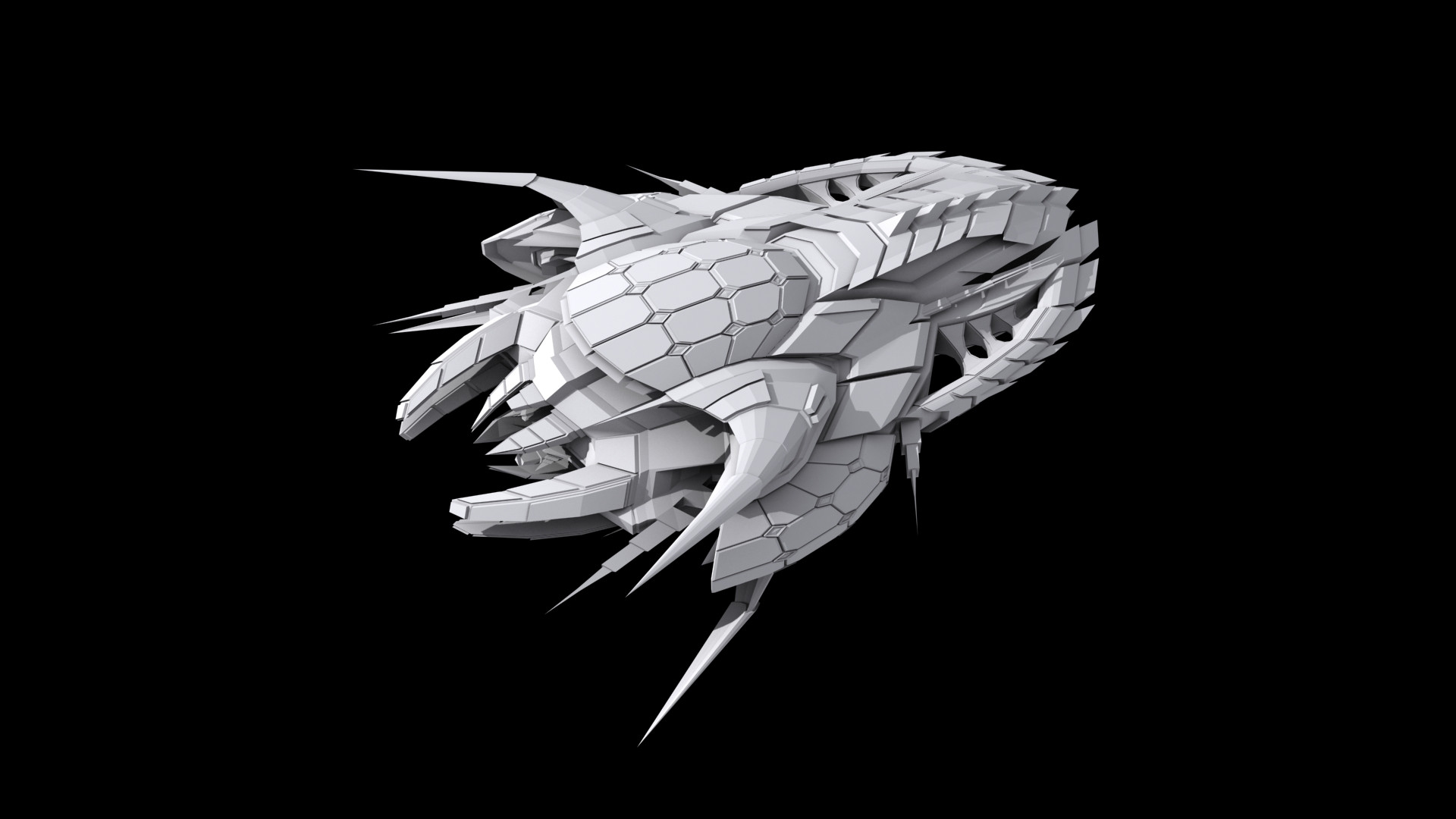 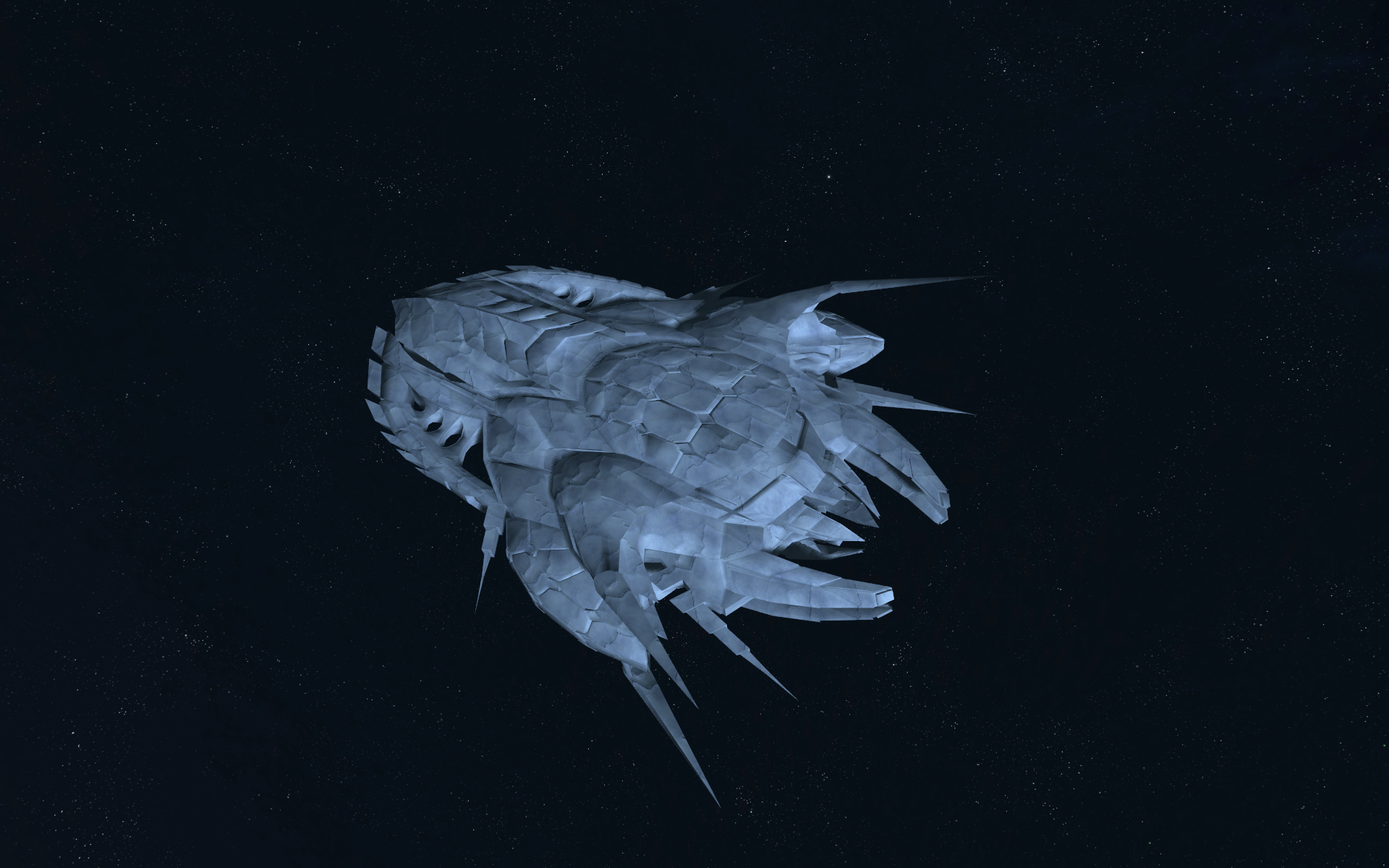 Nearly zero progress was made on the Xy`Kranasha in Retribution as they were the hardest race to model for. 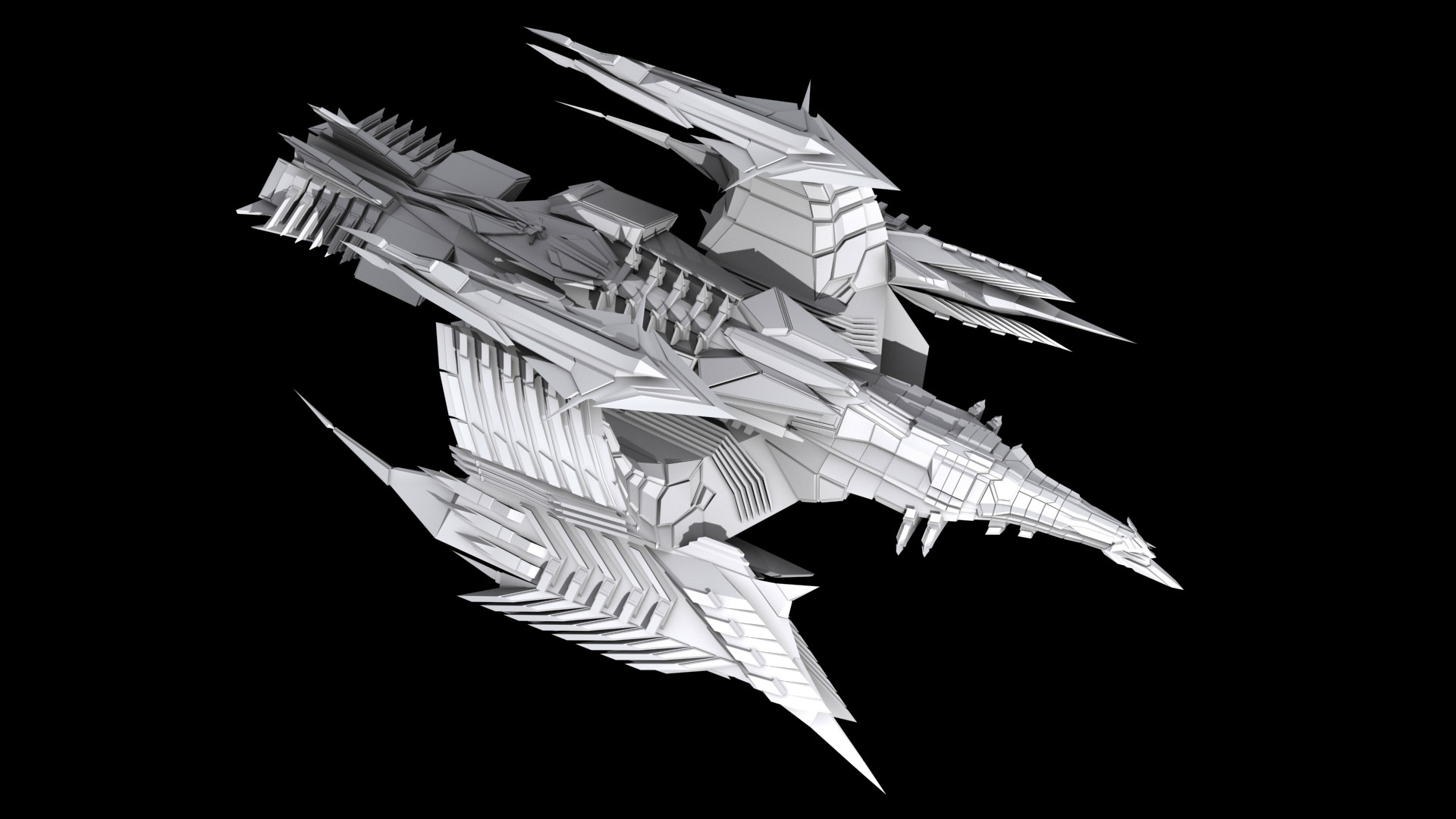 The Kerr`Ussan, the royal Anahn flagship, was originally intended to be a Sins mesh but then was reserved for UDK-only completion. In this render it's about 25% completed. 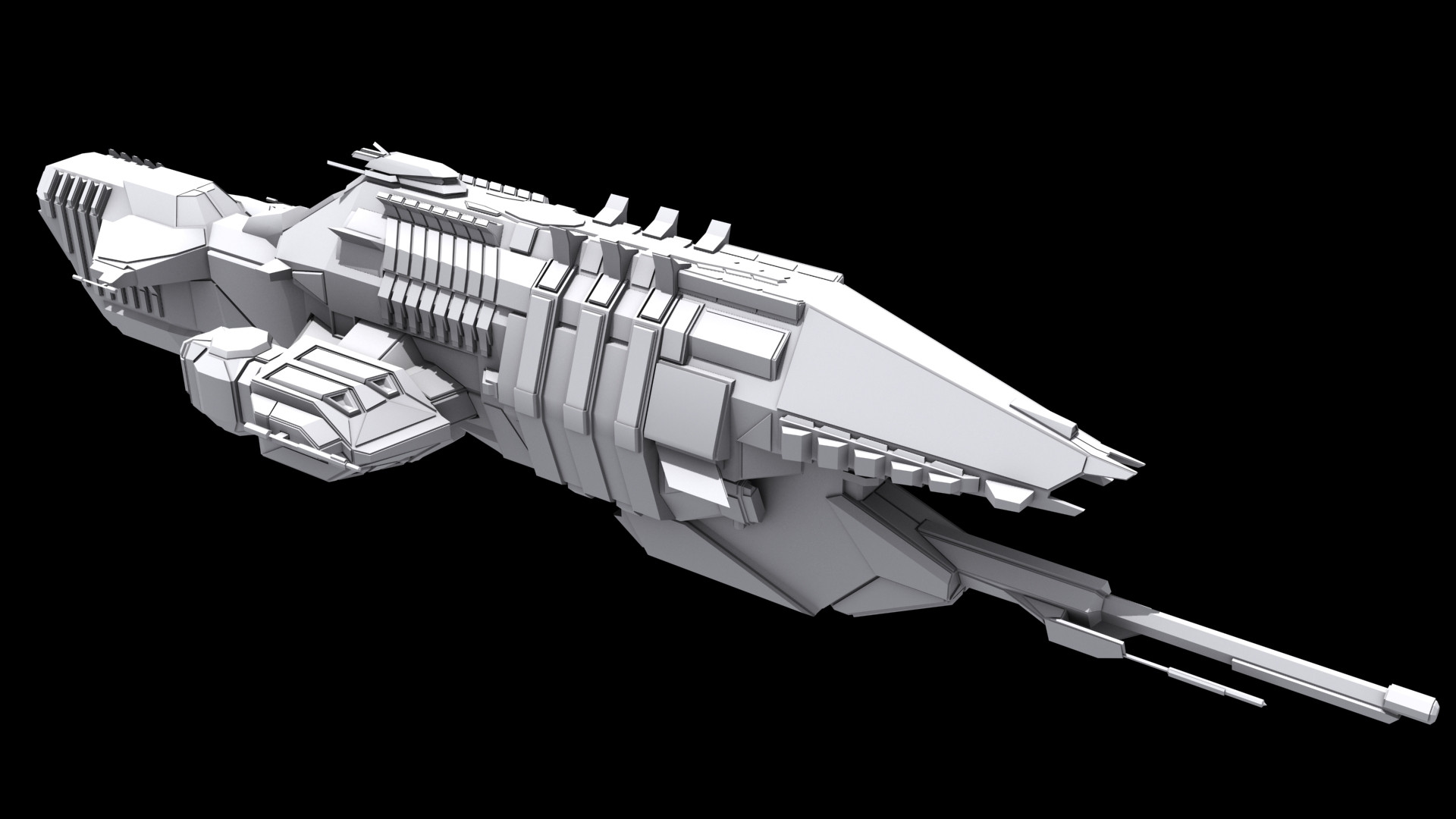 A ship I had been given permission to use from Siber in Homeworld 2. He was going to give me the source mesh for it, but then never responded ever again. I reverse engineered the mesh from Homeworld 2 and painstakingly de-triangulated it. I intended to use it for a Fourth-Gen Anahn ship, but ran into design troubles. I concluded I would then use it for DyiithJhinn, but never touched it again, since at that point Retribution was dead. 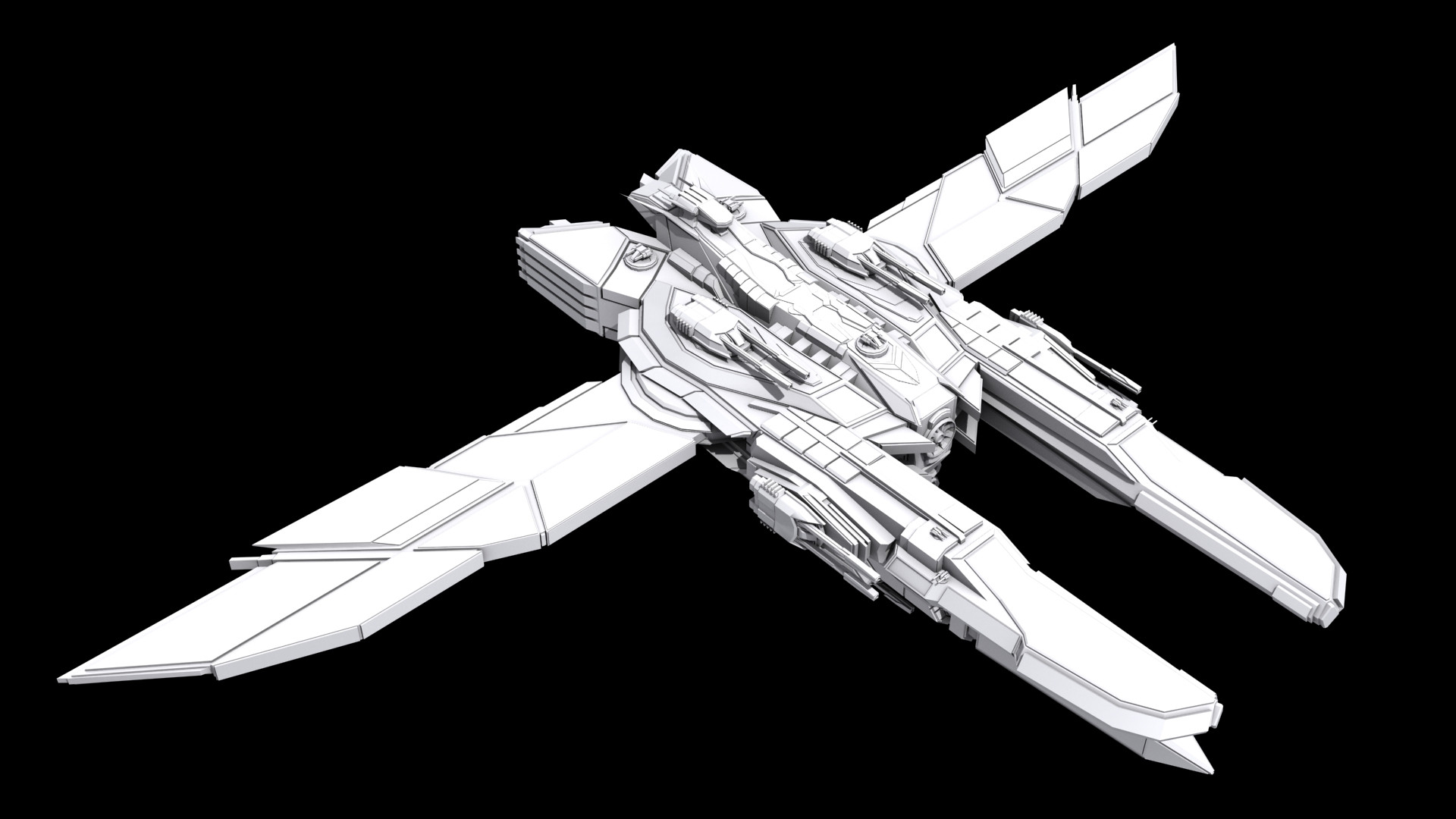 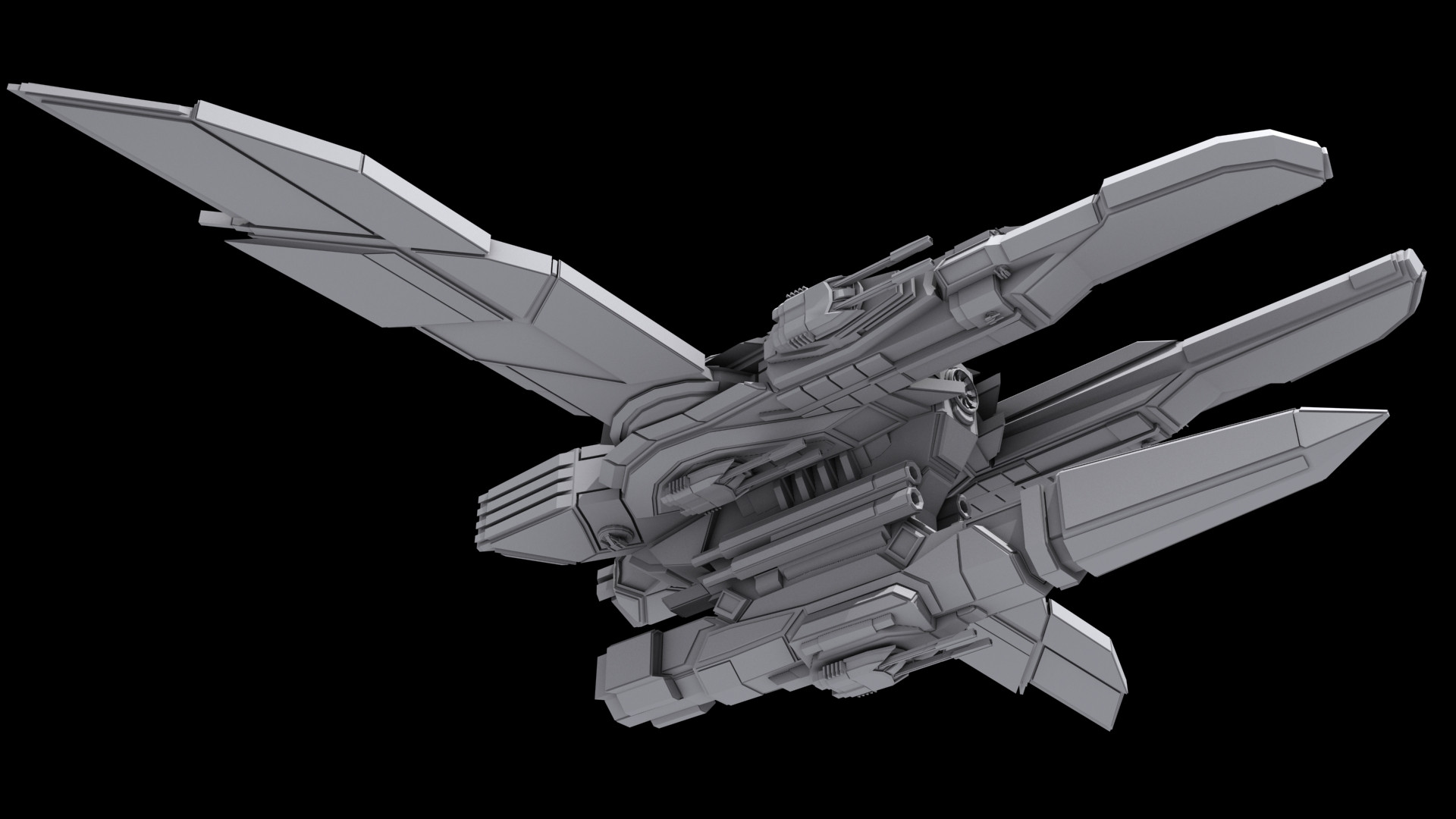 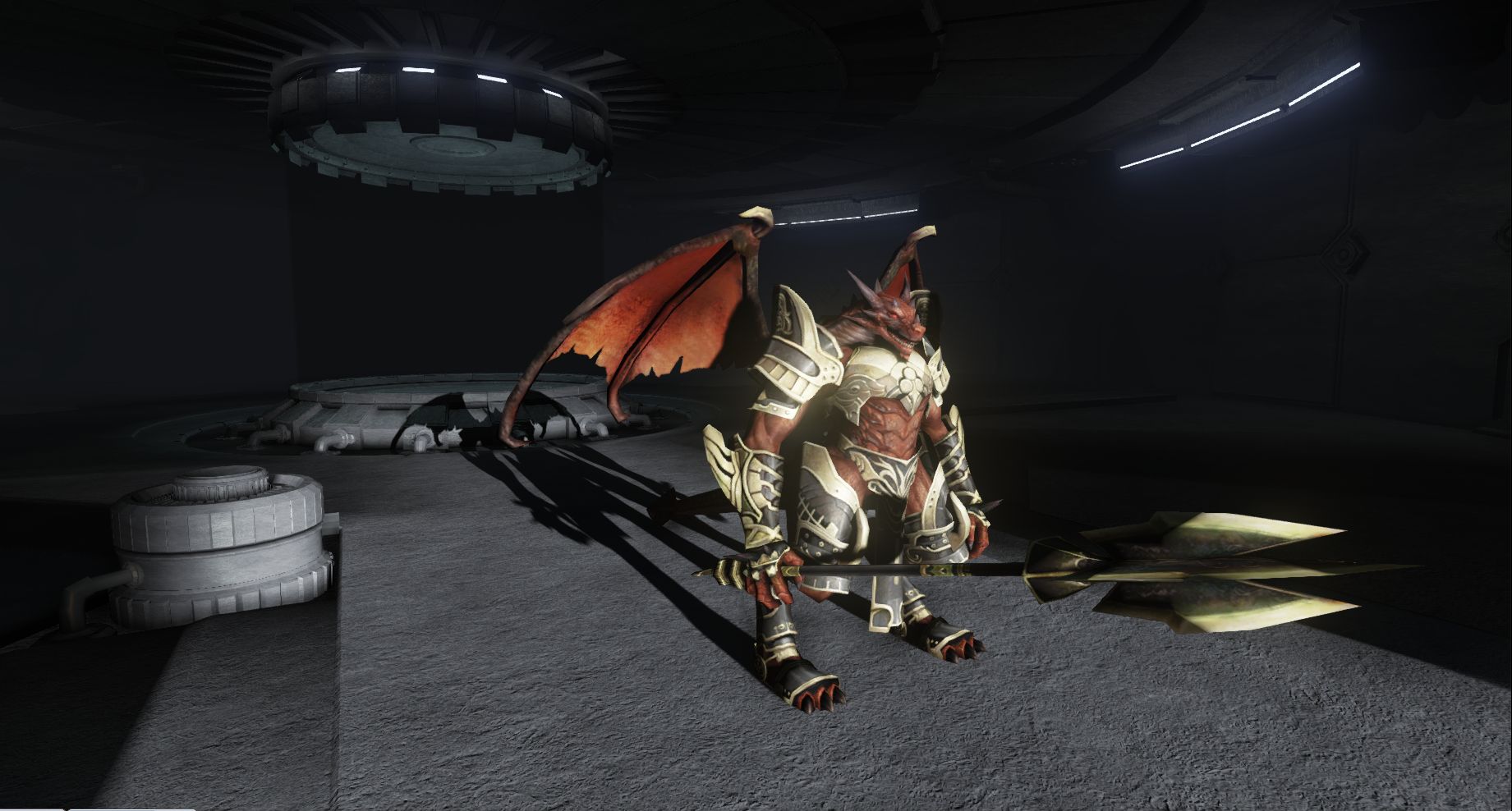 My backup plan for character models was to remaster Tera/Lineage 2 assets. I quickly discovered this was a task far beyond the confines of my skillset, and accepted defeat very early.

The Onath, from UF, re-imagined.

Shown previously, the DJ Providence. This mesh took multiple days to manually split the mesh for its materials. Face-by-face, endless hours of painstaking manual labor went into creating something whose weapons were never even configured. The base mesh is from SolCommand, who responded to an e-mail requesting more low-poly base meshes, to which he responded to once in good spirit and then never followed up on. 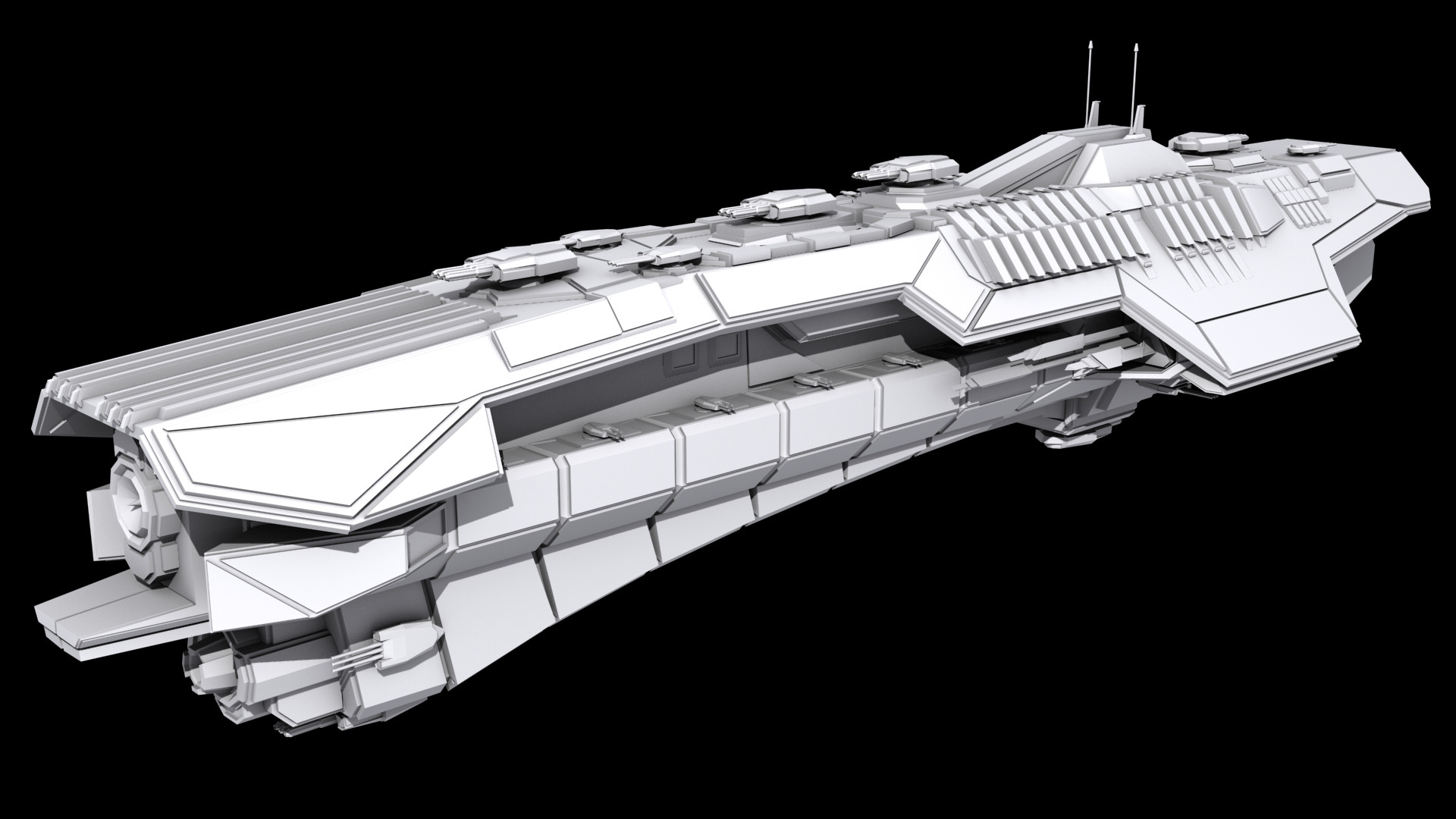 This piece of shit was dug up from Axel's homeworld 2 mod and then mangled beyond hope. I was going to rebuild it. 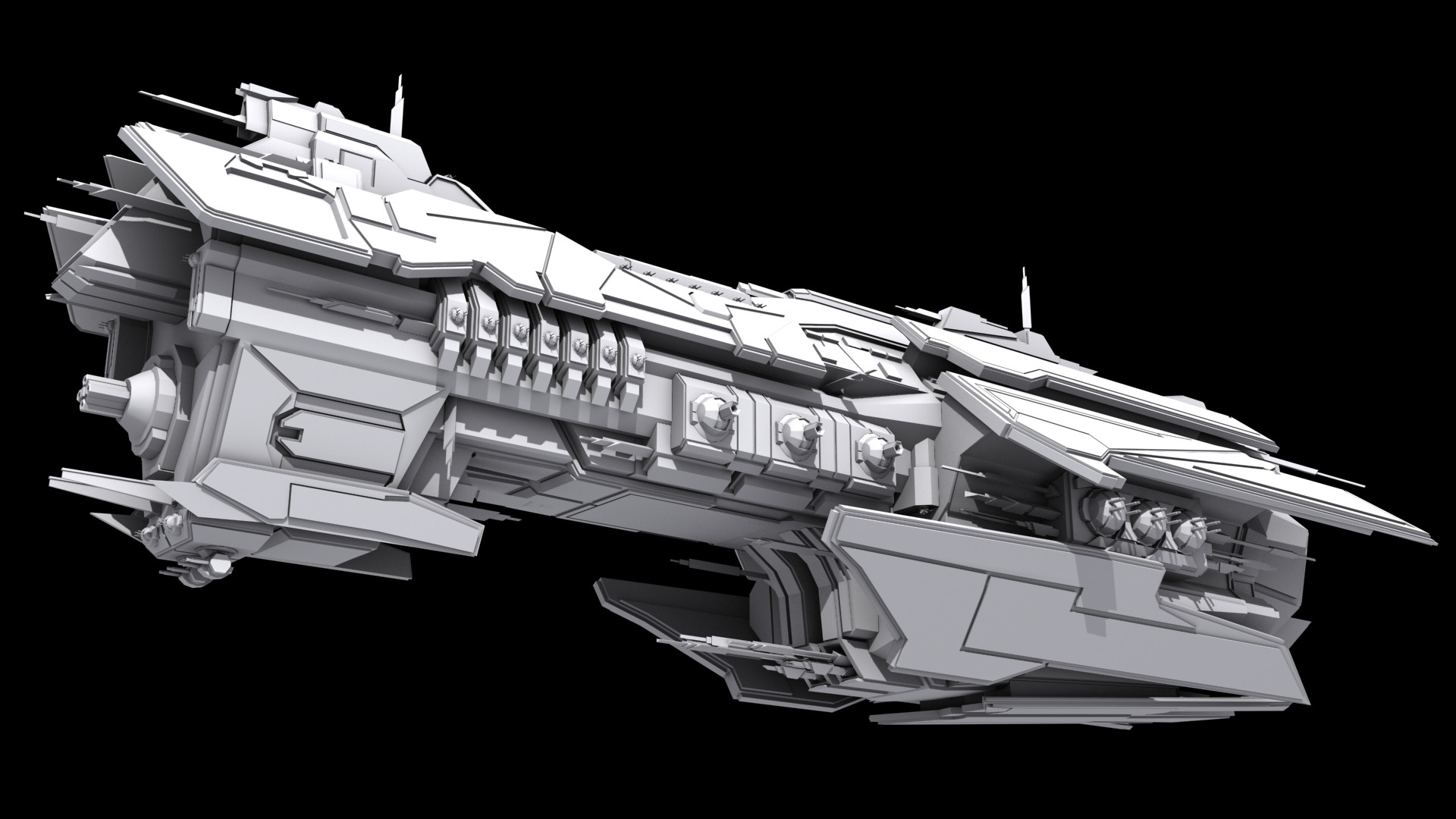 The Nefale, using a mesh from Sands of Time, was the single most agonizing recovery project I had endured sans the Leviathan in some respects. It was modeled in a very, very lazy way, which made changing it and fixing it horribly painful. The source mesh had 2/3 of its polies hidden away in overlapping faces/vertexes all of which were totally invisible to the player, and even worse, the edgeflow... oh god the edgeflow... Even so, recovering a mesh like that is easier for me than building a shape from scratch. Such is the curse of incompetence. 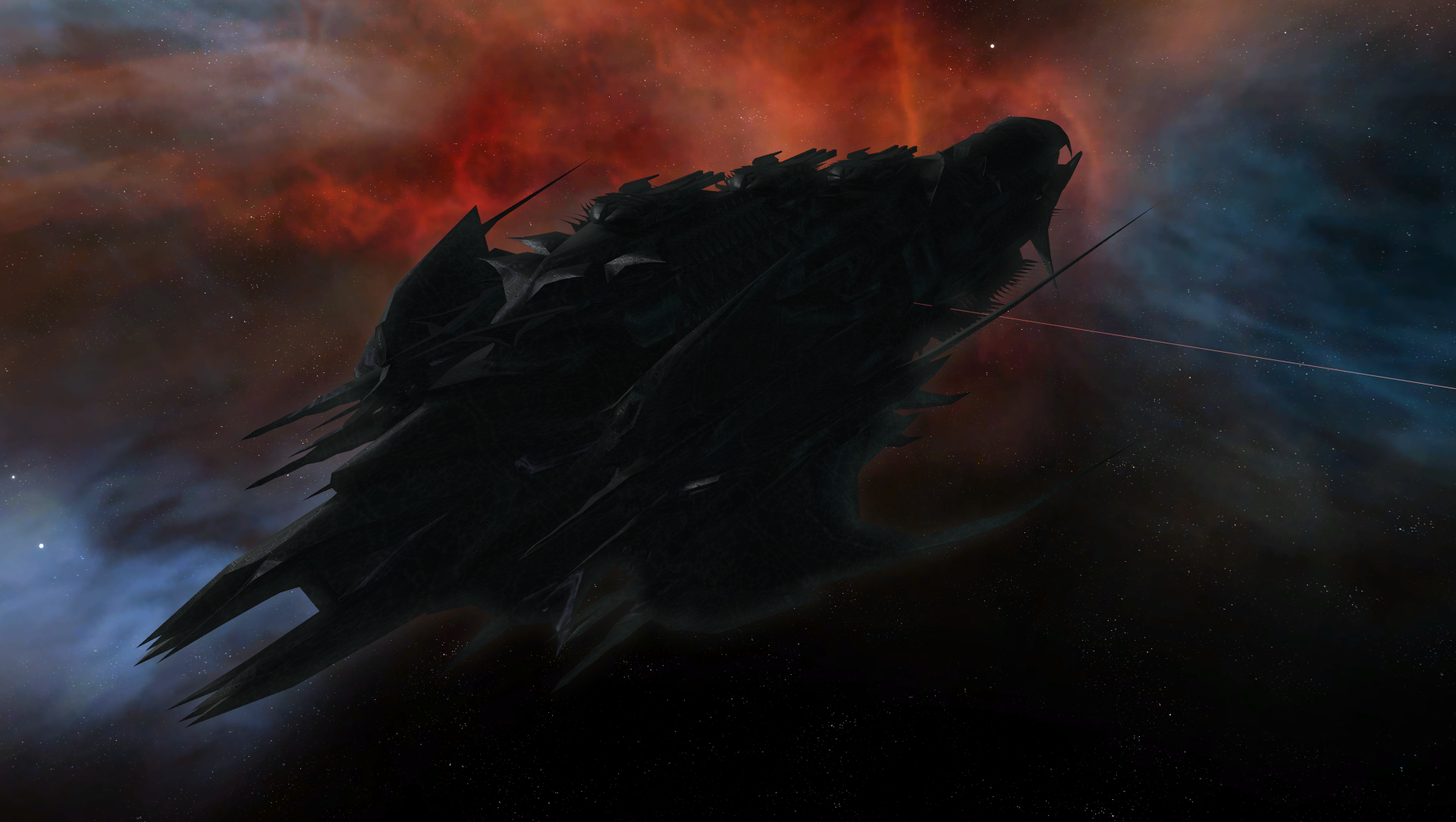 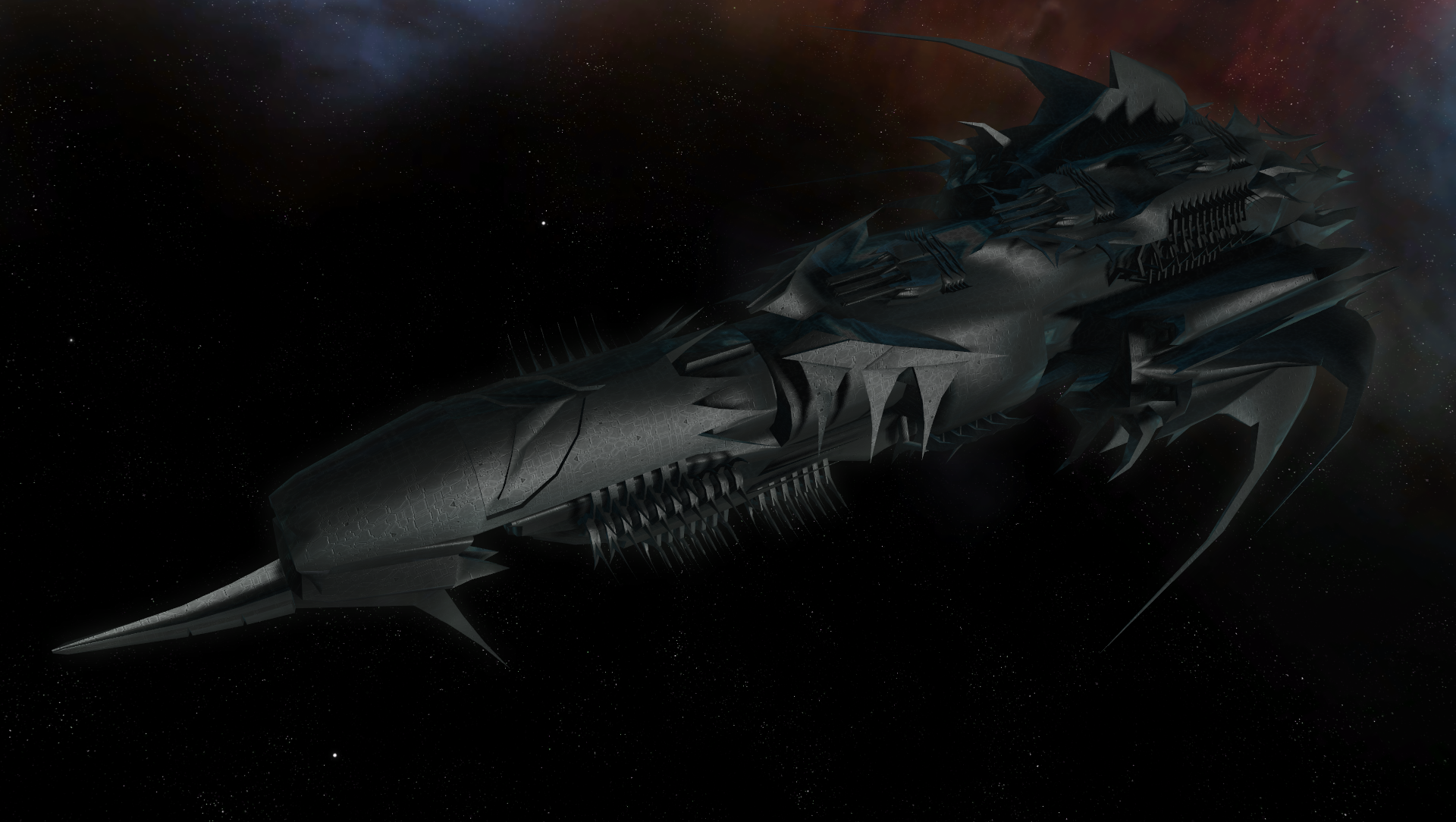 My initial experiments for the Myrookk Undead was an import of the AO2 Purgatory and a texture based on the old Zelconian textures. However, this texture set looks way too much like B5 shadows, and I was going to totally redo it at a later point. 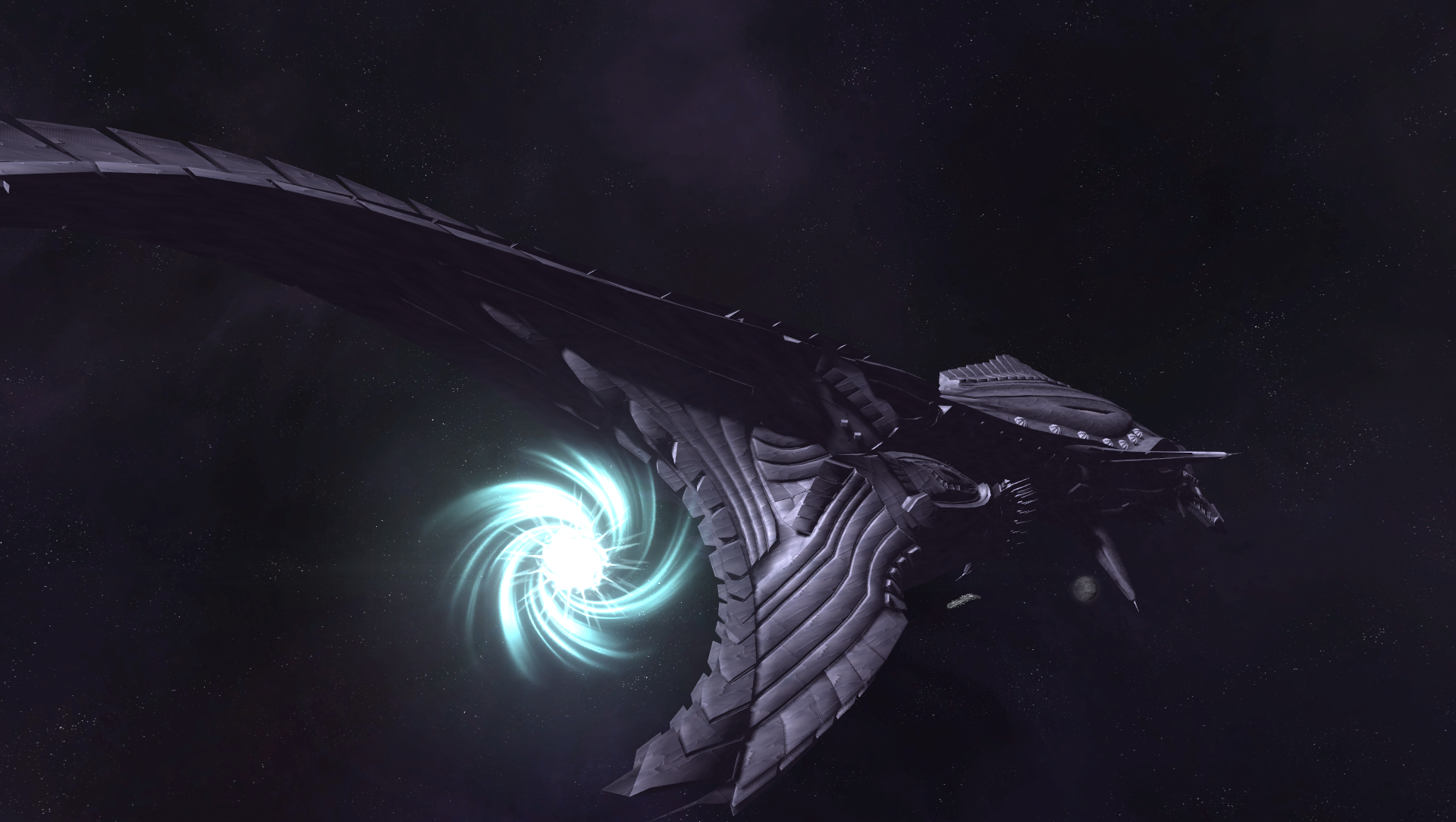 The Wayward Daughter, a Xy`Kranasha megaship, was introduced into sins but I later decided to reserve it to the UDK only. It had functional weapons at conceptual stages and was used as the primary test platform for the Retribution revision of the Xy`Kranasha texture, as the previous texture (the one used in Salvation) yielded severe lighting issues that were extremely easily pointed out and tested on this mesh. The Wayward Daughter's model is based on a concept art that was far too difficult for me to make, so Killer 11 made a base mesh and I went from there. The model was left at about 50% finished, since the detailing was too complex and difficult for me to do. It would look very, very different in the UDK.

The scenes involving ships like the Fear and the WD in the UDK would be the most challenging aspects of the project sans character models. I would have to do what no holewood scifi has done yet - make good space battles in CGI. 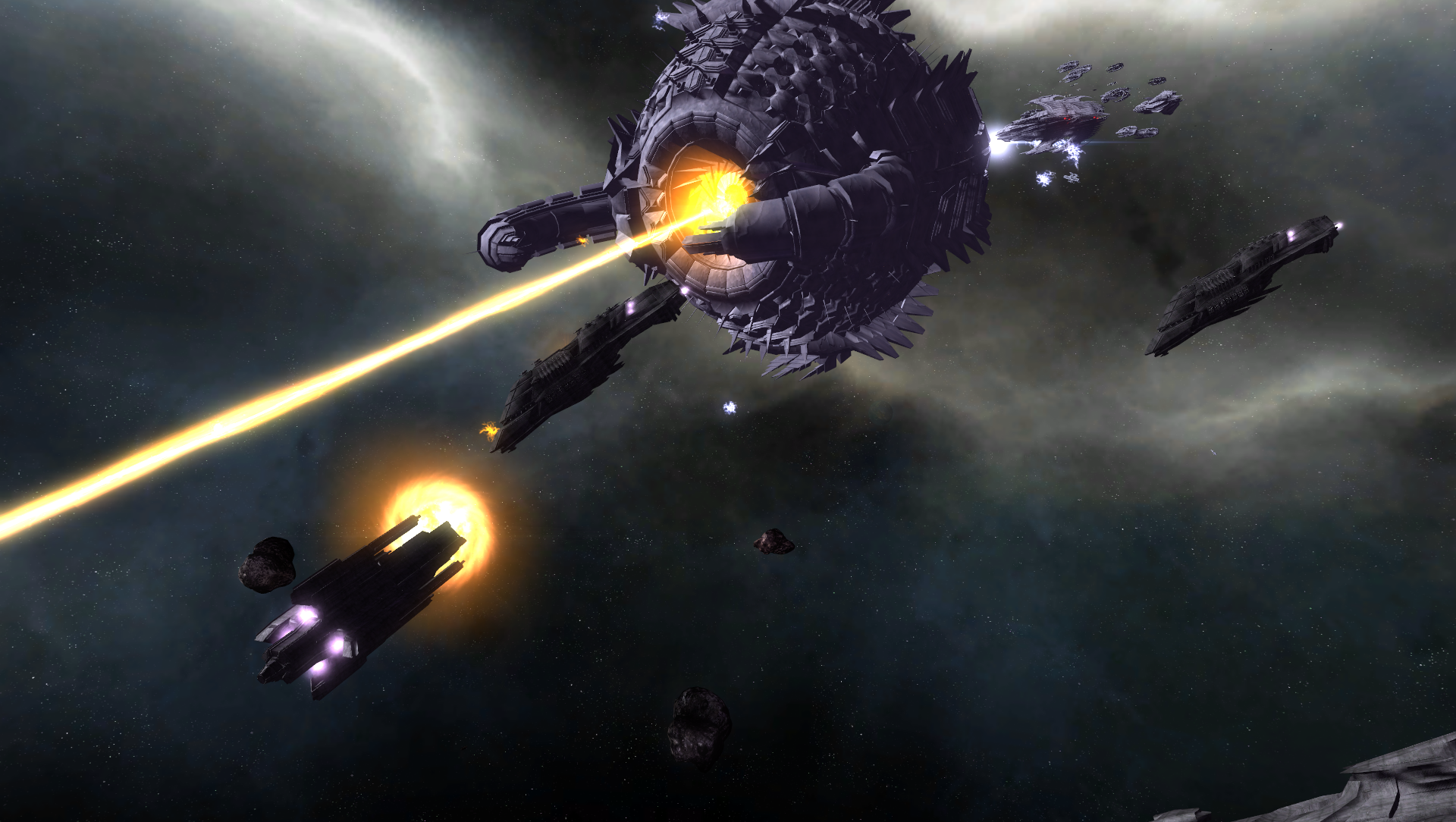 The Worldeater is a source of severe asspain in Sins. Its huge mesh, while not as big as the WD, would get pushed around by allied ships out of the gravity wells indefinitely because of the hardcoded AI reform fleet problems and ships trying to move inside it. Formation ranks, mass, nothing would stop this behavior. The sins forum was at a loss for solutions. On top of it all, I could never remodel the claws to look any good, especially since the model is right at the poly limit. 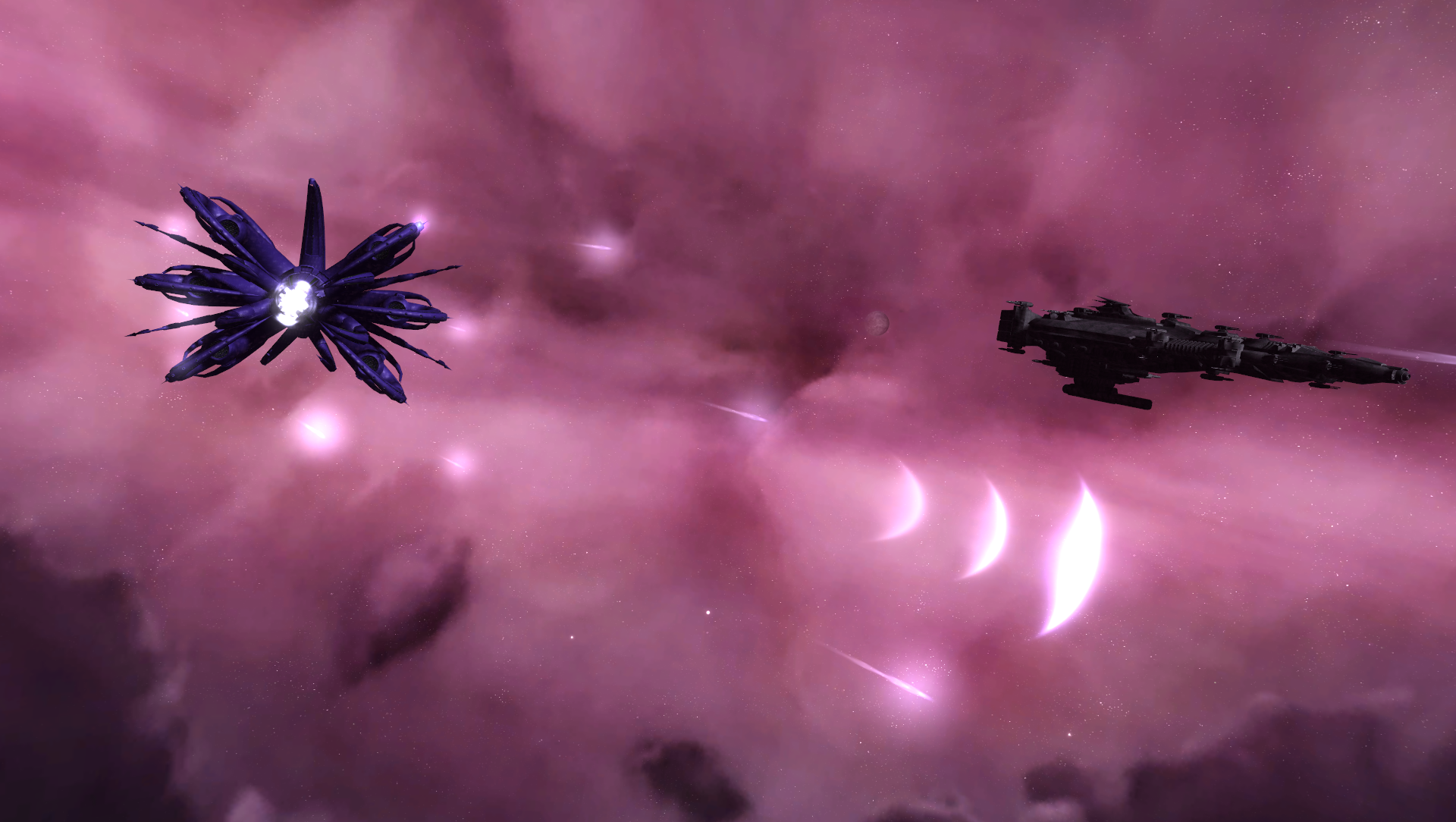 It took me a half-hour to make a blade-wave effect that looked far superior to those in Sins. The hit effect stumped me good, though. I opted to return to it when I would make a push to finish the DyiithJhinn. That push was intended for December. It never happened. The Meltype's bolts are also very heavily animated, but they travel too fast ingame to see the animations, since the 25k range of the Meltype encouraged insane desync with anything slower. 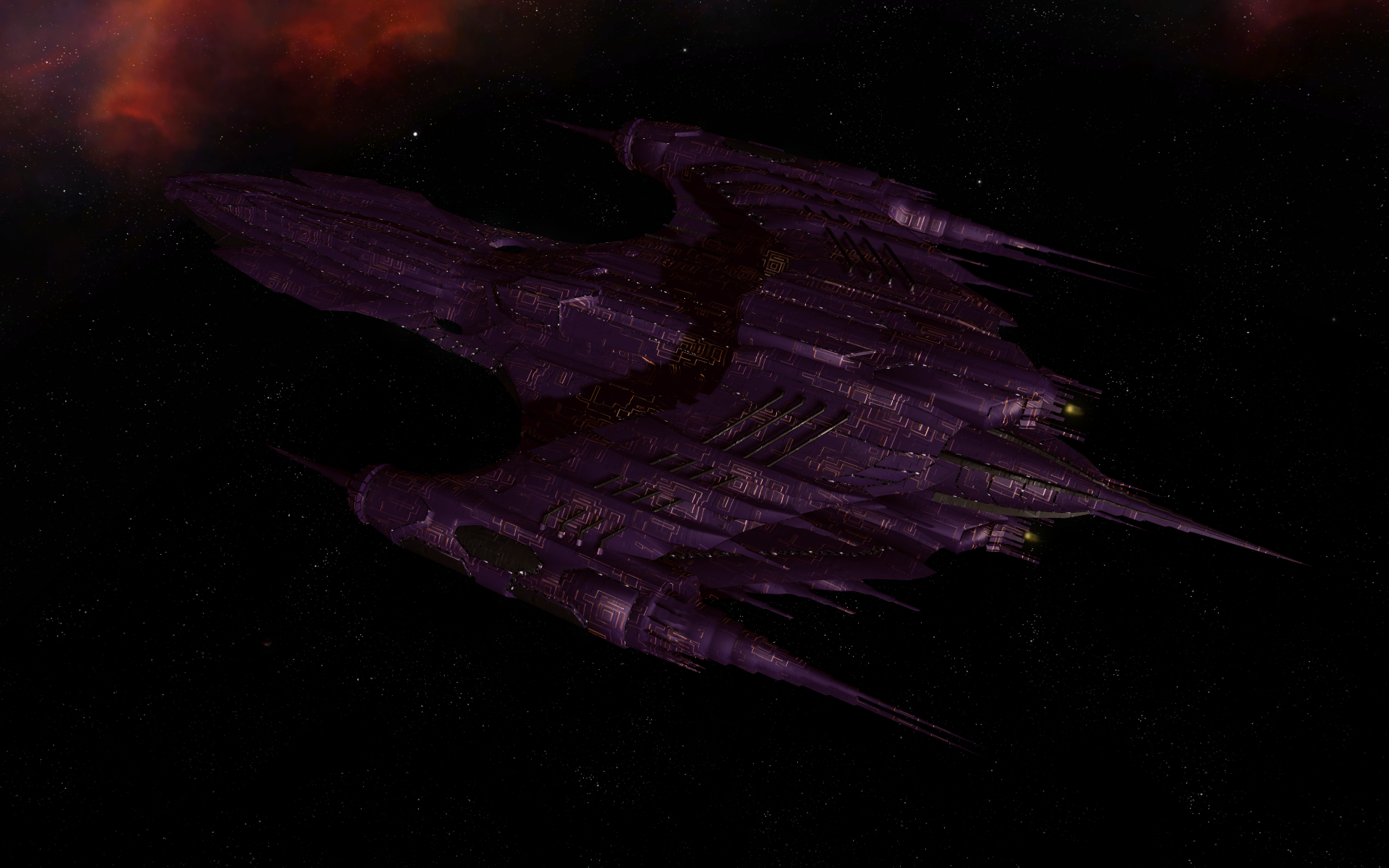 The DyiithJhinn cubemap effect only looks good with specific cubemaps. They were to be tailored to the recordings. 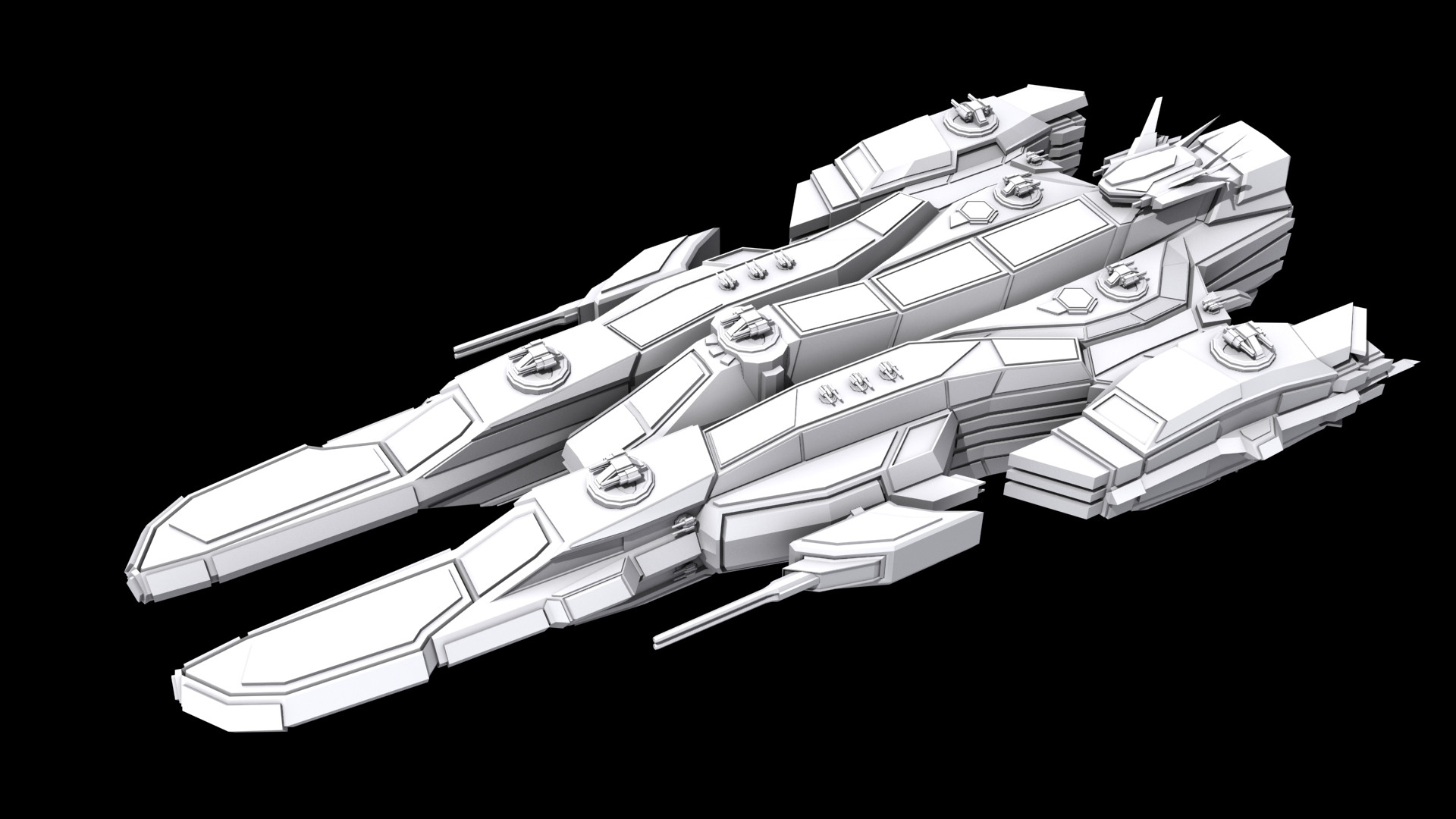 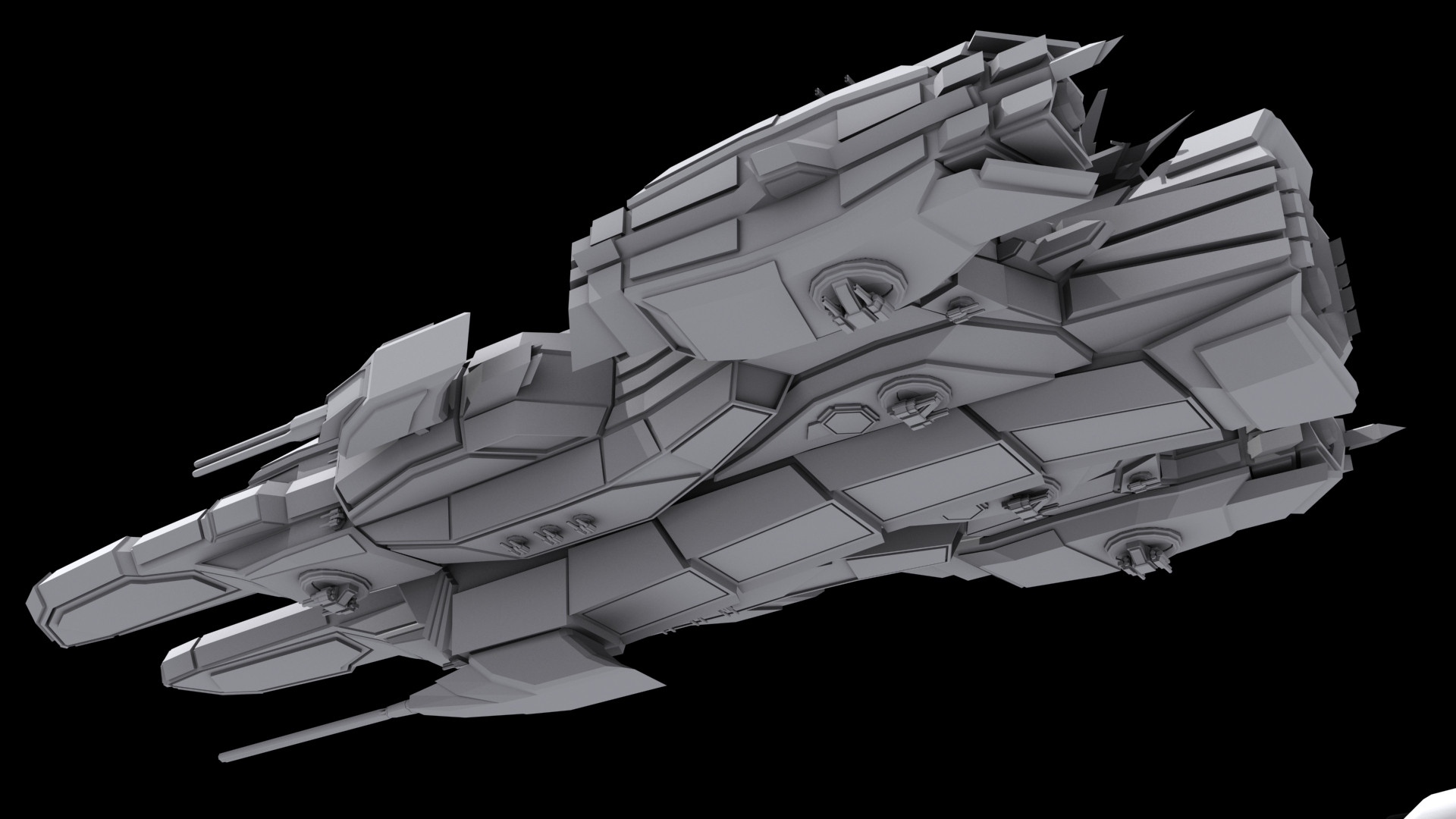 Another ship whose base mesh comes from Killer 11. It's funny how our duo turned out relatively ok models if you ignore the total lack of textures. Too bad he lost motivation so quickly.

I have decided to rebuild this project using portions of the 3-3 composition (mentioned in the dev series) and a revised script. The project will become a radio drama-only release and will not see any further visual assets created, nor will any visual form ever be attempted in the foreseeable future.

While the official term I am using for the project is an audiobook, it is still a greatly circumsized adaptation of what would have been the official writing, given the truly immense scale of a three-novel project. However, the running length is still expected to be multiple hours in length.

I have not attempted a project like this since the MFTG classics of the 90's. I have no idea what it will come out like. But it's an idea I toyed with for a long time, and have decided to commit to.

I expect the production life to be quite short. I will begin casting immediately once I have my mic stand and new hardware set up, predicted to be at around the end of this month. Given a few weeks of work and it could probably be done by the end of next month. Of course, it could be harder than I expect, but I don't expect to make a polished masterpiece anyways.

I don't expect to make a serious attempt at a UDK project again. I would have liked to, but unless I can learn programming it is foolish to even try. If I do, it would be for the Starsworn ARPG project, and not for a Black Sun production.

I am still seeking skilled female VA candidates, but I need them soon, else I will default to the one individual I have that did some voices in Salvation.